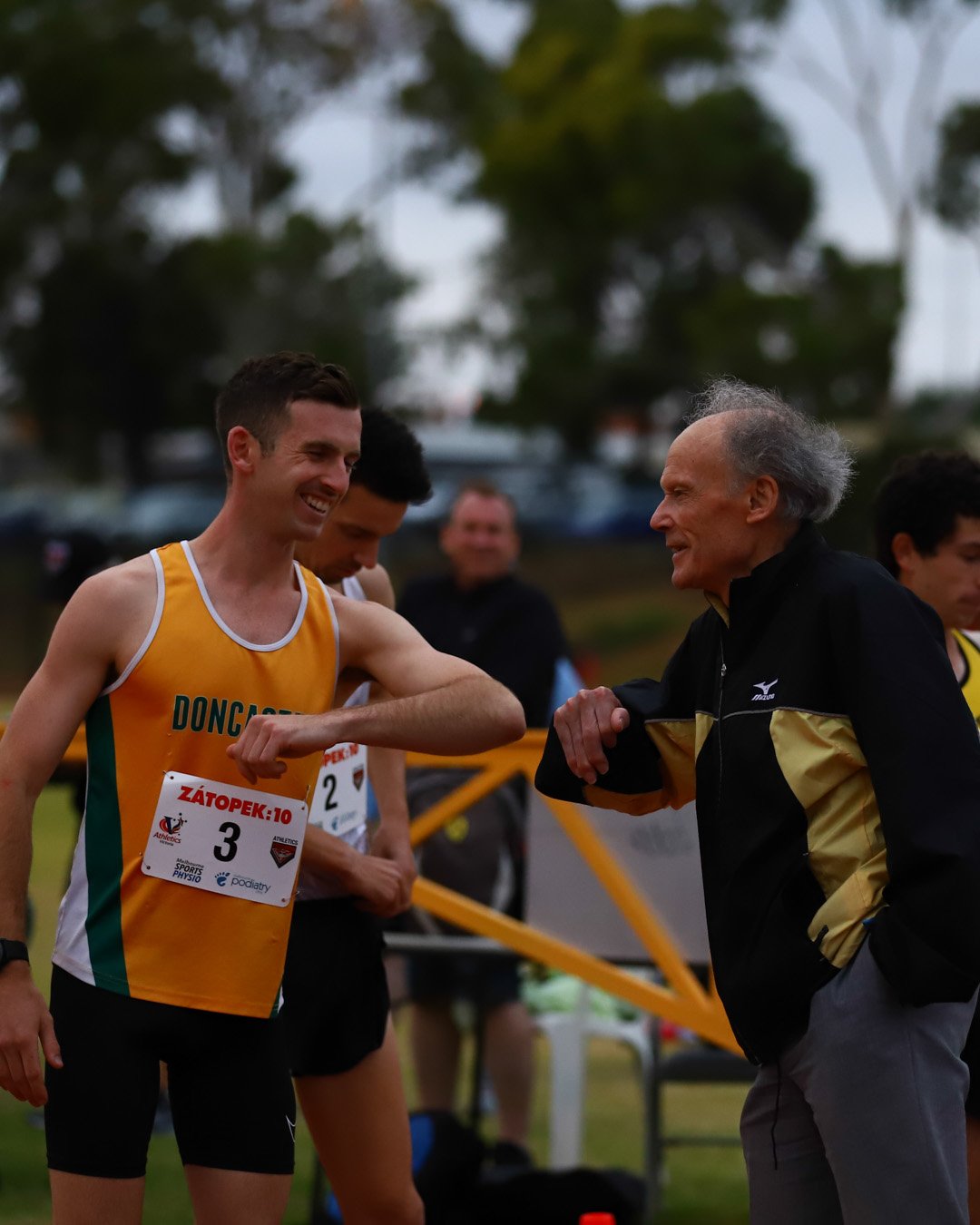 We had a magnificent program of track distance running with a record five 10,000m races. A total of 129 entries plus two pacers.

While the elite distance runners faced massively oppressive heat and humidity at the Zatopek:10 Australian Championships on Wed Jan 26 at Lakeside; conditions were much cooler on Saturday, setting up some great potential for plenty of 10km PBs

Tim Crosbie (AV) handled the mic for the five races (thats 125 laps!!). An impressive performance with an incredible amount of research on the competing runners, creating a great atmosphere. We reckon he has a future in this! 😜

The standout performance of the evening was Michael Kernahan (Mentone Athletics Club) putting on a show in the fastest heat. Michael led from the gun to tape with a mighty fast PB of 29:54. This amazing time should hopefully get him in the next Zatopek:10 elite race.

Great to see so many of our own runners taking up the challenge of running 25 laps of the track.

One of the club distance coach’s Frances Lipscombe (FL) attended to support many of her distance running squad.

A very impressive turn out of our club runners.

Thanks to Moonee Valley City Council Mayor Samantha Byrne, for coming along to wish the runners all the best and to be a part of the event.

Neil Ryan (Runners World, East Kew) attended to reminisce about the history of the event, particularly the race against Ron Clarke in the 60s.

Events like this don’t happen without lots of preparation and planning. The club’s committee had put in many hours on Zoom to bring it together.

We were very ably led by club secretary, the tireless John Cooper and the rest of your club committee.

Thanks also to the following club members who made a great contribution to the event, Chris Lim, Brian Anderson, Matthew Goodger and Charlotte Wilson.

We also had valuable support from the Red and Black Running Team runners and Aberfeldie Masters.

Many thanks to the AV officials, Brendan Ferrari, Neil Lawson & John Gilbert.

We plan to grow this event bigger and better each year into the future – hopefully we will see many more of our own runners in the event.