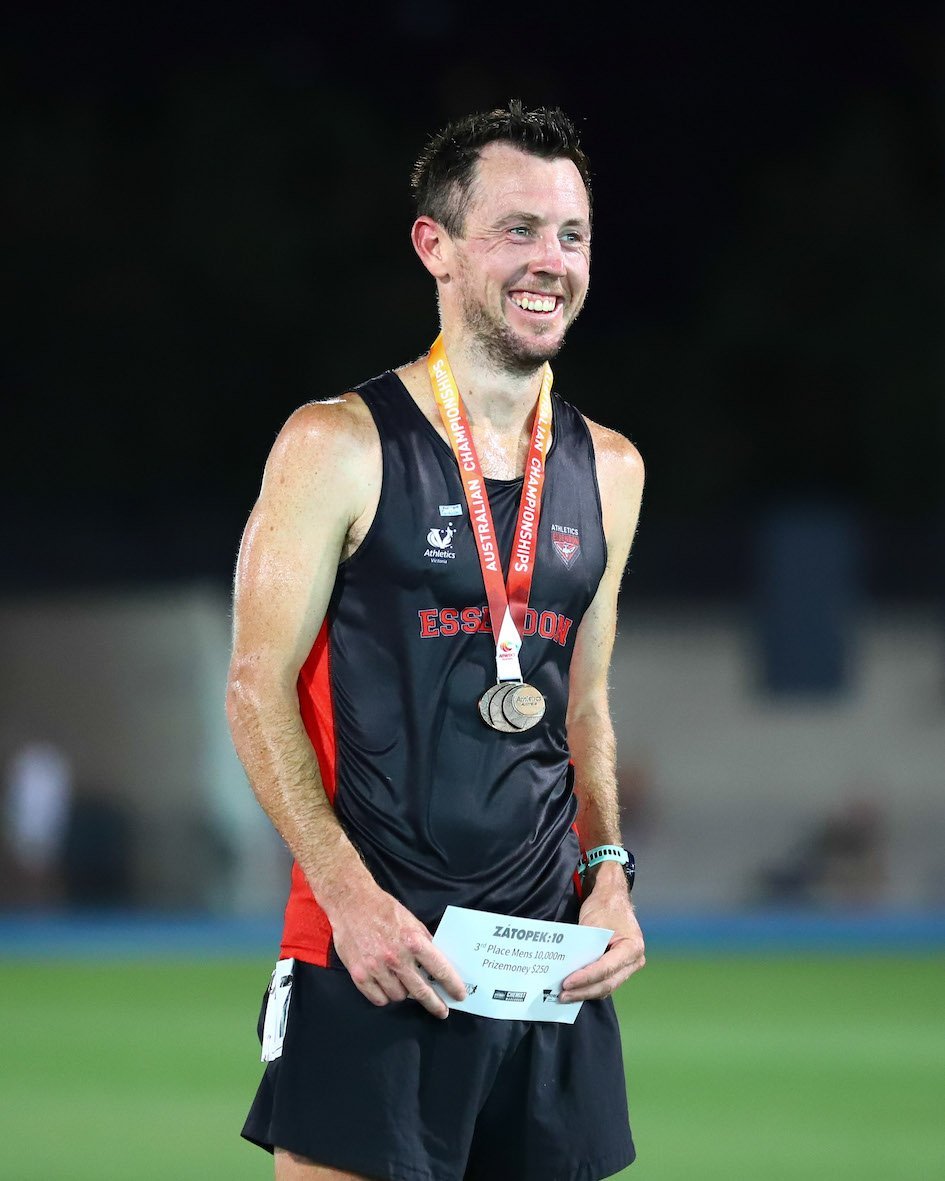 For such a big club, it was disappointing that we didn’t field more teams in the relay championships.

However, Quality over Quantity also works.

Our relay success was underpinned by our strong 40+ runners.

Mark Harper, Brett Maurer, Mark Giglio and Troy Jardine took gold in the 4 x 100 in 48.68 sec, despite some rusty baton changes; they also won the 4 x 400 in 3:53.60. They were in 2nd spot until the 3rd leg when Troy worked his way to the lead, handing to Brett who left the opposition in his wake!

We also had a team in the women’s open sprint medley, which consisted of 2 x 200, 1 x 400 and a final leg of 800m. The team of Kiyani Sydnor, Jo Margiolis, Mel Foster and Ali Rogers came 7th overall.

The men’s sprint medley also tried hard but were undermanned with Mark Harper, Marco Spagnolo, Jannik Ernst and Christian Knox being out run by their stronger opponents.

Apart from the relay championships there were a number of top athletes in action at Lakeside as part of the Zátopek:10.

Montana Djatschenko was third in the long jump with 5.56m, Zara Keca fourth with 5.35m while it was great to see Benan Oztorun back and jumping well after an horrendous knee injury two years ago. His jump of 7.14m placed him 3rd.

Matthew Hosie continues to do well in the pole vault with an impressive 4.75m.