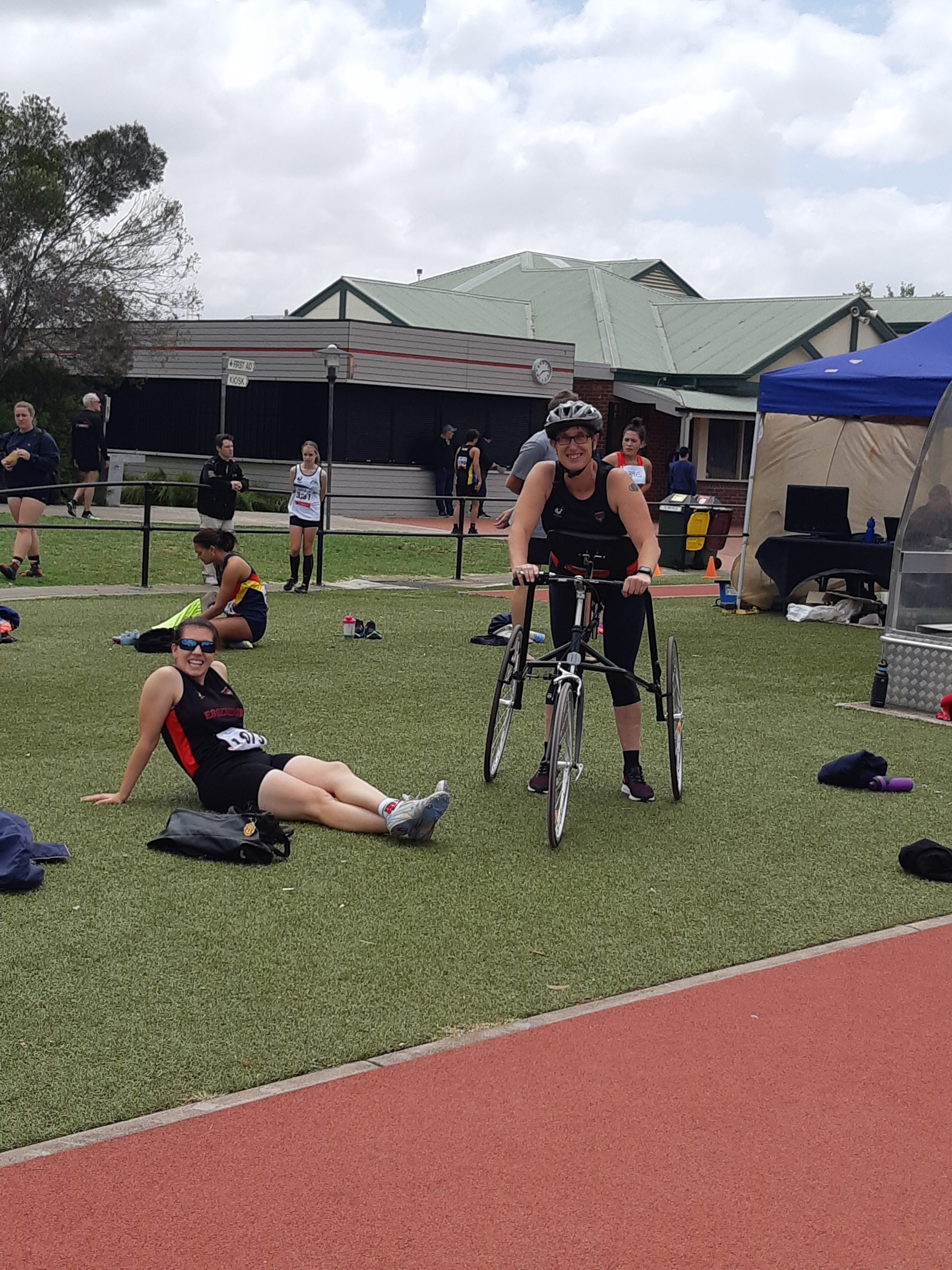 Our members were again spread far and wide, but the end result was a comfortable win. South Bendigo used their Power Play to finish second and jump 4 places on the ladder. The top three teams remain Essendon, Diamond Valley and Glenhuntly. These are the clubs who will fight it out for the premiership at Lakeside on Feb 22. Everyone who qualifies can compete on the day.

Our M18 and M40+ teams finished top in the State, with the 40+ team scoring a massive 9783 points to get us over the line. M20 and M16 finished second across the state, while the W20 and W16 finished third. Our club dominated Yellow Zone, with most teams either winning or coming second.

Lots of busy athletes performing well in a variety of events. This is the secret to success in the format. Lots of athletes doing lots of events getting lots of points. This is what will be needed to win the Final.

Chris Mitrevski was the best long jumper in the state with a massive 7.81m (530 points) at Frankston. Melissa foster jumped 5.45m at Geelong to pull in 490 points.

Three new members competed at Meadowglen. Sky Robertson ran a good 200m in 24.90, while Jordan Smith ran 2:21 for the 800m. Robert Crimmins prepared for his 800m by swapping singlets while Gregor pinned his bibs on. Then there was a false start! Welcome to AV Robert. Still he managed a run away win in 2:17…

Well done to everyone. To compete in Round 13 you must have competed in FOUR ROUNDS and got a result for the event you’re entering. If you want to run a 200m in Round 13, you MUST have run one during the season. This is the case for all events (200, 800, distance, walk, high jump, triple jump, shot put and hammer). We also want to make sure we get relay teams organised soon.

Finally, we are at Werribee this week and the club needs athletes and parents to help out at the javelin. Even if you only have a spare hour, it will help.