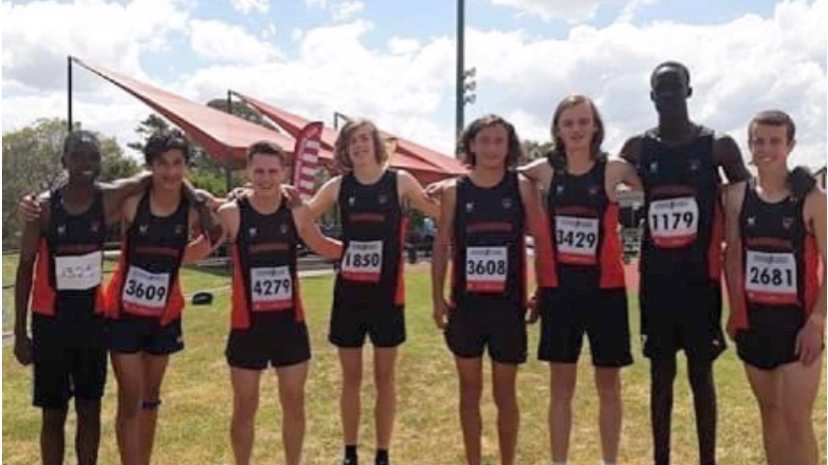 Round 6 saw Essendon athletes spread all over Victoria, with the rain mostly holding off they just had the strong wind to contend with.

Over at Casey the Alwyn Jones coached jumpers were out in force bringing some big points to the club. Many with their first competition of the season, including Shemaiah James who made his debut for Essendon with a triple and 200m. Cat Mendes and Emily Portaro had big jumps but Ayo Ore with a wind assisted 16.04m triple in extra jumps was a stand-out.

At Geelong, some solid 800’s from our senior women, Anna Kasapis, Lauren Connell and Sarah Connell, and Harry Orr jumping back into form with a 1.80m high Jump.

At Meadowglen it was raining PBs with around 20 across the board for Essendon athletes. A highlight being Chris Mitrevski, 2018 Comm Games rep, opening his season with a massive 8.05m long jump in extra jumps.

Gaff’s crew brought some quality performances with Joel Cuzzi 11.28 in the 100m, Marcus Guglielmino a solid 50.43 400m and Mikeala Selaidinakos streaks ahead of the rest of the field with a PB of 53.76 in the 400m. It was her first 400m from blocks in about four years, a PB by 3.5 seconds and puts her in striking distance of national level performances.

The Men’s 40+ team were again big in participation numbers. Honourable mention to Duncan Knox. After weeks of dismissing the call of sprinting, he ran a 100m and 400m. Not to be outdone by his dad, Christian Knox as always was everywhere and anywhere. Solid performances across 100, 400 and 1500 and more impressively organised Essendon’s only 2 relay teams

Some great 1500m performances by our young members, Patrick Stewart in his first year running his first 1500 in 4.34, Charlotte Jackson a 6 second PB in 5.13, Brodie Andrews running an impressive 4:38, Ty Davis smashed his PB with 4:40 and Lachlan Attard- a 4.08 as part of his 1362 points for the team- the highest of any member.

In the circles, Maz Strong, fresh off the World Champs threw 15.44m in discus and 10.85m in Javelin and Orla McCarthy broke through the 40m barrier in discus, a massive throw at just 14yrs!

At what is essentially the half-way point of the AVSL season, Essendon sits in the box seat tied equal 1st with Diamond Valley on 54 Points each, with DV already having played their power play!

Next up- Round 7 AVSL Nitro round! 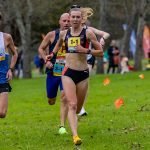 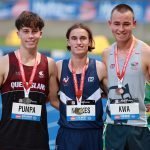 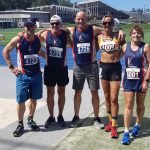