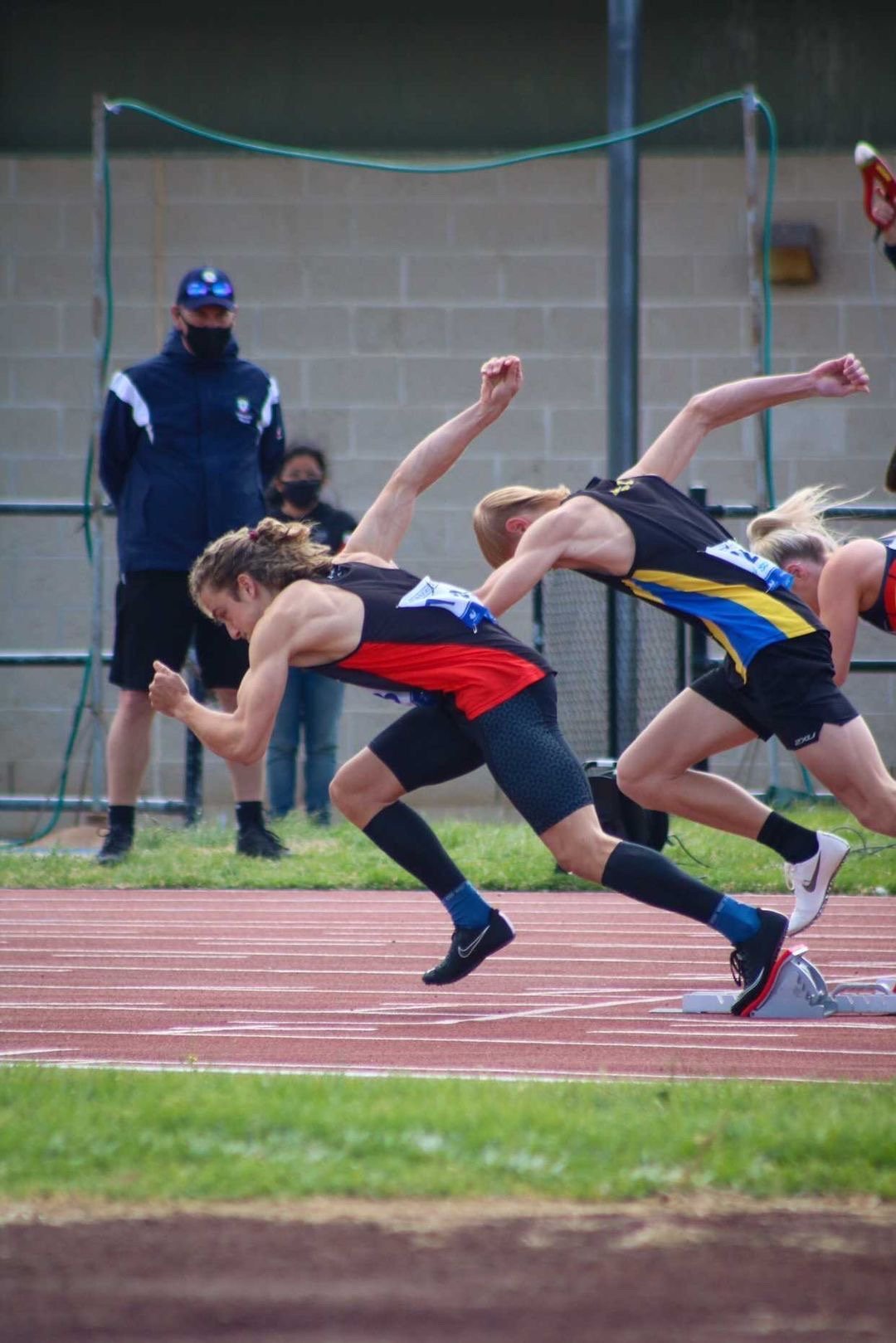 Round 2 saw most of our club at Windy Werribee. A big team effort saw us win the round comfortably, giving us 2 from 2 sitting on top of the Premier division ladder.

A BIG thanks to those members and parents who helped at the triple; Sarah Mullen, Tania Leith, Tatjana Weikhardt, Jack Walsh and mum Kim, Luke Robertson, Kieren Berne, Brian Anderson, Matty Goodger and of course the two Knox boys. Also a big thanks to Maz Strong for officiating at the shot put all day.

Our most successful teams were M18, W14, M40 and W40 who finished top in the state, while the M16 boys fished 2nd. We topped all but one division in Yellow Zone.

It’s terrific to see so many new members competing; many young athletes who will make us stronger.

This event saw most runners going backwards or doing the “moon walk” in the home straight as fatigue and the wind hit them. However, there were quite a few good performances. Sky Robertson 53.4, Brett Maurer 54.87, Chris Vi 54.41, Patrick Steward 55.20, Michael Martello (at Doncaster) 55.34, Mark Harper 56.49 and our biggest points winner Ilana Grandine with 57.87 and 448 points. We can’t print what she said after she crossed the finish line. Special mention to new Under 14 member Arden Stevens for his 60.46 performance.

Kevin Healy was easily our best with a 13.57m (479 points) competing at Nunawadding. Kevin’s throw is a new club Under 17 shot record! Mackenzie Leith 10.32m and Victoria Entwistle-Hardeman 10.01 (411 points) were not far behind. Imogen Makin (F14) scored 446 points with her 9.12m performance, while her F14 team mate, Jamison Towers scored 434 points with her 8.70m performance. Declan Berne (9.46m) and Andreas Weickhardt (9.30m) round out our notable performances.

Round 3 kicks off at Aberfeldie next Sunday at 9am. Thanks to all who have volunteered to help with our club duties.

We are now looking for Helpers for Round 4 (which is again at Home).